The Webb-Deane-Stevens Museum is excited to present a host of new and entertaining summer events. Included will be living-history performances, music in the courtyard, and summer theater on the lawn with the New Zenith Theater Company. Admission to all events is free.

Storyteller, actor, historian and playwright, Tammy Denease brings to life the “hidden” stories of three Black women during a Summer Living History Series starting on Thursday, June 17. Denease’s performances will include Bessie Coleman the world’s first internationally licensed pilot, Clo Pratt a free woman in Wethersfield, and Elizabeth “Mum Bett” Freeman who successfully sued and won her freedom. The performances will be held in the Holcombe Education Center on Thursdays, June 17, July 8, and August 19. A 6 p.m. reception precedes each 6:30 p.m. performance.

A diverse music series in the museum’s new courtyard will fill delight guests all summer long. The Summer Courtyard Music Series will begin July 9, 2021, at 5:30 p.m. and feature everything from Latin jazz to colonial tunes to classical favorites to modern pop. Inclement weather will move performances into the Holcombe Education Center. Schedule:

July 30 – Renehan and Mastrianni’s family-friendly performance will include jazz, pop, soul, rock, and folk music with a twist.

August 20 – Linda and Tom Traue, The Forlorn Hope (from the 5th CT Regiment) will offer colonial music with Celtic harp, psaltery and songs to sooth the weary traveler.

Summer Theater on the Lawn will begin on Wednesday, July 21, 2021, and run for four consecutive weeks on Wednesday evenings with the New Zenith Theatre Company (NZT). July 21 and August 4 at 6:30 p.m. NZT will offer performances of “Tuck Everlasting,” a new musical, book by Claudia Shear & Tim Federle; music by Chris Miller; lyrics by Nathan Tyson, based on the youth novel by Natalie Babbit. (Rain dates are Thursday, July 22, and Thursday August 5). For ages 8 and older, this young-audience version will run approximately 70 minutes. Summer Theater on the Lawn will continue on Wednesday, July 28, 2021, and Wednesday, August 11, 2021, at 6:30 p.m., with NZT performances of Shakespeare’s “A Midsummer Night Dream” (Rain dates Thursday, July 29 and August 12). For ages 10 and older, this shortened version by Ed Wierzbicki will run approximately 85 minutes.

NZT was launched as a “community and arts initiative” at Naugatuck Valley Community College in 1998, creating an engaging and relevant theatre for young people and family audiences in Waterbury and surrounding communities. NZT continues to create important and engaging theatre with new plays, performances, and programs throughout the state.

The museum grounds open at 5:30 p.m. The public is invited to bring blankets and beach chairs and picnic on the lawn until curtain time at 6:30 p.m.

About the Webb-Deane-Stevens Museum
Located in the heart of Connecticut’s largest historic district, the Webb-Deane-Stevens Museum provides the quintessential New England experience – from the settling of Wethersfield to the early 20th century. Admission to the museum includes entrance to the galleries at the Holcombe Education Center and tours of the 1752 Joseph Webb House, where General George Washington met with French General Rochambeau and planned the military campaign leading to the end of the Revolutionary War; the 1770 Silas Deane House, built for America’s first diplomat to France; and the 1788 Isaac Stevens House, which depicts Connecticut life in the 18th and 19th centuries. For more information visit: www.webb-deane-stevens.org or social media at @webbdeanestevens, email info@webb-deane-stevens.org or call (860) 529-0612.

August 1st – September 30th, 20 Years Later: Wethersfield Remembers 9/11 Where Were You When Our World Changed On 9/11? The Wethersfield Historical Society and the Richard M. Keane Foundation are pleased to present, “Twenty Read more… 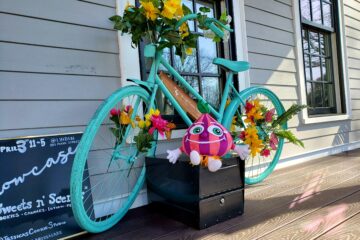 The town event that was so big and wonderful it had to put into three parts to capture all its beauty! Without further ado here is “Bicycles on Main Pt.1, Pt.2, and Pt. 3! Bicycles Read more… 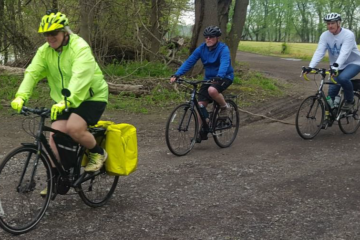